Bell, Telus team up to upgrade networks  The Gazette  Saturday, October 11 Bell Canada and Telus Communications, two rivals in the wireless business, are teaming up to make their networks faster and more profitable for foreign visitors. The telecom giants will overlay their cellular networks with a technology called high speed packet access (HSPA), the 3G technology used by Rogers Communications. This will allow the firms to offer popular handsets that only work with the GSM mobile standard. Bell and Telus use the incompatible CDMA technology, which is losing favour around the  The new overlay,  allows for faster data transfers and rich multimedia applications…  Both companies will be able to charge roaming fees for data transfers by foreigners, but not for voice calls. This made one analyst wonder why they will invest in the overlay at all. “The number of data roamers is small compared to voice roaming,” said Iain Grant of the Seaboard Group. “It raises the question of why they don’t add voice to profit from the Olympics.” Grant also wondered why Telus would partner with Bell, whose $52-billion buyout may be in jeopardy in the current credit crisis. “They are supposed to be competitors, and when your competitor is weakened, it’s a time to exploit your strength,” he said. http://www.canada.com/montrealgazette/news/business/story.html?id=e4001995-5ad4-4dd9-ba7b-99e8c5980476

This made one analyst wonder why they will invest in the overlay at all? This is just a basic cover up, smokescreen for the real fact that Bell’s own telephone line, DSL services are in terrible shape, cannot handle most peak loads.. it is an undeniably a poor, bad  dinosaur system, and is why so many past and present Bell customers have been unhappy and why Bell has been capping their system, modifying users profiles too

Just read all of my posts   about bad bad bell..

Big Bad Bell was,  is the sole problem.. the bad Bell technician   came and gone and he refused to look at the problem.. another drive by shooting by Bell.. and what he wanted to replace another good modem and even charge you Acanac for it too? After the technician left my home, my Acanac system which was working  good   I next have had putty network software error aborts  and Shortly  after that it even stopped working period, even the email next.. why? Clearly the Acanac Modems do not do these things,  humans persons at Bell do that. And it is called blackmail, sabotage, false diversions.. Bell bad services are always still unacceptable.
The Bell guy, the big complainer,  who came here to my home this morning, he started immediately giving me  really bad attitude problems, he complained about a wrong address, next he said he was allergic to cats and could not come to my home if I had a cat, I do not have any, and next he was looking for false reasons not to do his work clearly. He next  left and did nothing anyway , when I started to ask if he had check the exterior lines, equipment firstly   as promised ,  and when I had also told him I had 9 Bell repairmen in the last year, 9 new modems and the same old Bell periodic problems still too.. for me it was a Bell profiling problem, they keep on making falsely changes on my speed profiles under the guise of Bell DSL improvements.
Tell  Bell  stop lying to me.. and to fix my problems now too
Look at the unacceptable lies Bell tells me from one day to another..  for the day before on the Phone they Bell told me admittedly it was a Bell equipment problem that need to be dealt with and next day  by phone they concluded it was the Acanac modem without even seeing firsthand the modem even, too.. the technicians from Bell are so lazy they will wrongfully do, say  anything to stop from doing the required work. Do send them Bell a copy of my rightful complaints now as well. Thank you
How many of you have learned that you cannot believe, accept verbal promises on the phone? unless they are in writing, and even then often you cannot believe in them? http://thenonconformer.wordpress.com/2008/04/19/bell-lied/
http://anyonecare.wordpress.com/2008/06/20/my-past-internet-download-and-service-problems-with-bell-sympatico/
So because of my much bad publicity openly on the net about Bell, Sypmatico  has next  tried to hide all of this under  an new image of Bell.ca but changing  merely the name does not  change the reality of the same old bad people, bad supervisors, employees very definately doing the same bad things, even abusing the customers, and still delivering  a lousy ISP service too.
My being still now unable to connect properly to the internet from my home.. meaning web page accessibility problems  Do note all of this as well..

Being ignorant and showing a false hatred towards the truth,

about the False Teachers & Disobedient Christians,

The too common abusive silent treatment,

Verbal abuse is always unacceptable too. So are the Bullies now too.,

McCain Versus Obama on Medicare,

Canada’s election not as interesting as the one in the US?,

Being ignorant and showing a false hatred towards the truth,

Angels, demons, devil, Sarah Palin and the Bible, are for real,

How I see it.. pretenders,

Abortion of older children, teens too,

And I used to think that Politicians were big liars.. till I had encountered BCE, Bell Sympatico .. by the way Cops, RCMP, Lawyers, realtors, Pastors, judges and their regulating societies too are some of the most immoral, biggest liars  now that I have encountered in my lifetime!

Did you ever hear of someone advertising a car that could go up  to 500 kmph, and they would give you also unlimited gas to do it, but they still next did not tell you honestly, before you bought the car, or rented it now, that certain serious restrictive conditions would apply, these speeds on the average would be 25kmph and the high speeds they could not be met even 25 percent of the time-  because the racing track could not handle the speeds over half  of the time,  the allotted road, track already was overly congested, and the service mechanics seem to be busy always fixing the car so you could not use it effectively..
Now well that is exactly the kind of poor , unacceptable services I now have gotten when I got the very poor, inadequate Bell Sympatico high speed internet services.. for 75 percent of the time, during 5 months of the year Bell did not keep it’s promises to me, did not provide me with a steady, high speed, internet service.. as far as their unlimited downloads, they capped the download by as much as 90 percent almost all of the weekends, evenings without telling me now too.. and when I complain about it to them they replied as far as they Bell were concerned I had gotten adequate service from them.. what Bull , crap response was that?

Bell was one of the worst firms I dealt with in my lifetime.. Buyer beware of them always, they are never likely to change..
do see also and  Do pass on this page also to others.. 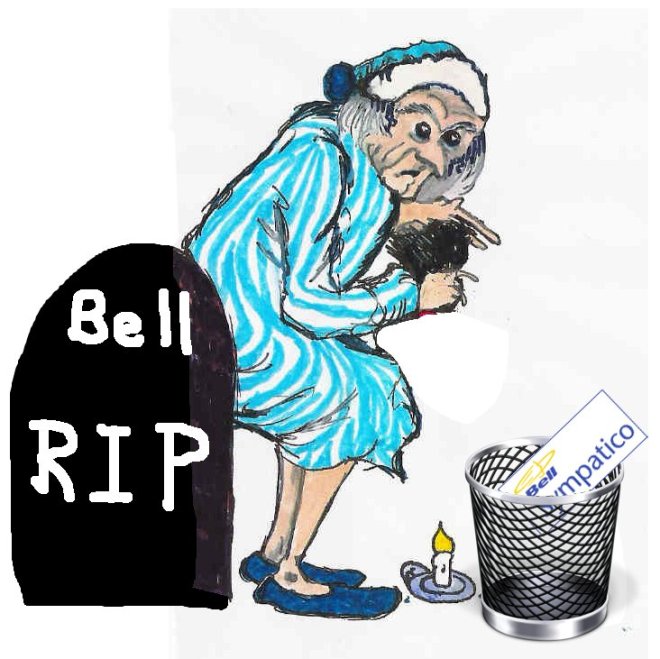