What Christianity today is really like for majority of professing Christians? 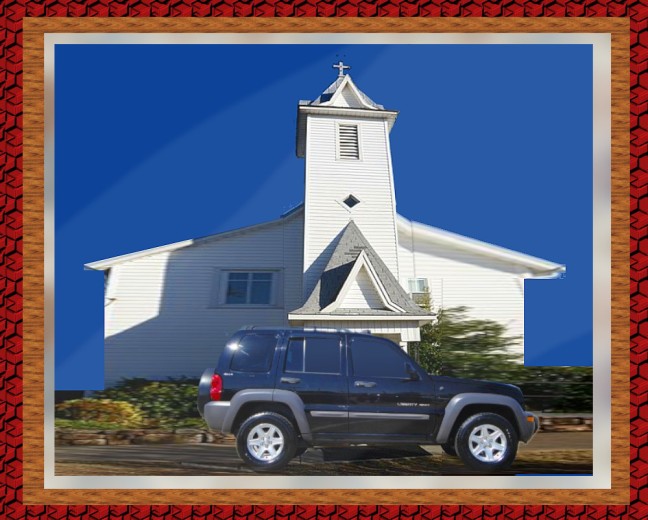 It can be compared to the excitement of buying, owning a new car, where most people are proud of it talk about, boast about it, but in reality sadly

Firstly too many have not even read the owners manual in full, or even refer to it,, they have just glanced at it, the Bible, so they are not familiar with all the controls, warning signs, limitations, service conditions, benefits maintenance needs and related costs.

They do not even seek a guidance instructor, teacher to help them drive the car safely.

Many Christians do not realize that God is waiting to talk to them. to help them, to guide them. God waits for them to make the first move, to give God permission to intervene in their lives daily, hourly too.

Secondly many of these car owners rarely use it, drive the car, except to go to a church on Sunday, regularly or irregularly and most of them rarely drive it to a Wednesday church prayer meeting

Many thus only use the car for major emergencies, when in duress or they desperately want something else in their lives,

John 15.5 I am the vine, ye are the branches: He that abideth in me, and I in him, the same bringeth forth much fruit: for without me ye can do nothing.

1 Blessed is the man that walketh not in the counsel of the ungodly, nor standeth in the way of sinners, nor sitteth in the seat of the scornful.

2 But his delight is in the law of the LORD; and in his law doth he meditate day and night.

3 And he shall be like a tree planted by the rivers of water, that bringeth forth his fruit in his season; his leaf also shall not wither; and whatsoever he doeth shall prosper.

4 The ungodly are not so: but are like the chaff which the wind driveth away.

5 Therefore the ungodly shall not stand in the judgment, nor sinners in the congregation of the righteous.

25 Jesus said unto her, I am the resurrection, and the life: he that believeth in me, though he were dead, yet shall he live

19 Then answered Jesus and said unto them, Verily, verily, I say unto you, The Son can do nothing of himself, but what he seeth the Father do: for what things soever he doeth, these also doeth the Son likewise.

20 For the Father loveth the Son, and sheweth him all things that himself doeth: and he will shew him greater works than these, that ye may marvel.

21 For as the Father raiseth up the dead, and quickeneth them; even so the Son quickeneth whom he will.

22 For the Father judgeth no man, but hath committed all judgment unto the Son:

24 Verily, verily, I say unto you, He that heareth my word, and believeth on him that sent me, hath everlasting life, and shall not come into condemnation; but is passed from death unto life.

25 Verily, verily, I say unto you, The hour is coming, and now is, when the dead shall hear the voice of the Son of God: and they that hear shall live.

27 And hath given him authority to execute judgment also, because he is the Son of man.

28 Marvel not at this: for the hour is coming, in the which all that are in the graves shall hear his voice,

30 I can of mine own self do nothing: as I hear, I judge: and my judgment is just; because I seek not mine own will, but the will of the Father which hath sent me.

The Birth, resurrection and the death of Jesus Christ validates all this, even our calendar, Anno Domini,”AD” and “After Christ”, “anno Domini nostri Jesus Christi”, which translates to “in the year of our Lord Jesus Christ”. This calendar era is based on the t reckoned year of the conception or birth of Jesus of Nazareth, with AD counting years from the start of this epoch, and BC denoting years before the start of the era. Jesus died on the cross, his disciples believed he rose from the dead, and Jesus claimed to be God and the death and resurrection of Jesus is historically reliable. These facts are fairly straightforward. The crucifixion is well-documented, and the New Testament includes the stories of disciples believing that Jesus appeared to them, and encouraging an investigator to ask the surviving witnesses. If the disciples had stolen Jesus’ body from the tomb, they would not have submitted to death for their belief in him. The only fact that best fits the truth is the resurrection.

Romans 10:9 says that, “If you declare with your mouth, ‘Jesus is Lord,’ and believe in your hear that God raised him from the dead, you will be saved.”

I’m a Christian, and I believe in a Christian set of principles based on the New Testament Bible. I also believe that all individuals are made in the image of God and are worthy of public dignity and respect regardless of their religious beliefs. Real Christians believe, and scripture clearly declares, that all people have sinned and deserve judgment before God. Jesus Christ is the only way for people to be reconciled with God.

Muslims, Jews, Buddhists, atheists, etc do have a deficient theology. They do not know God because they have rejected Jesus Christ, His Son, and they stand condemned.” Christians themselves should condemn non-Christians. Still Christians are to reach out to everyone with the Jesus gospel, hoping that all can be saved.

Those holding to their cultural upbringing, traditions will be dammed as well, Christians also believe that Jesus Christ is God, the second person of the Trinity. But wrongfully Jews, Muslims, etc, reject this, their conception of God is different, Jews, Muslims, etc, and Christians Don’t Worship the Same sole real God,

Real Christian’s do hold to the tenant of their faith that accepting the Lord Jesus is the way and the truth and the life and “no one comes to My Father except through Me”. All people are condemned, but only that those who believe in the Lord Jesus Christ will be next saved.