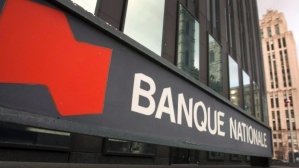 The National Bank of Canada takes a very arrogant approach .

It is an accepted fact that when I  buy a service from a firm, that I  get a  monthly or annually written  bill, written invoice firstly for the service  and that includes the telecommunication firms,  Internet providers –  a Bill of which I  have never gotten in the first place, from the National Bank Of  Canada and thus the National Bank Of Canada they do not have a right to  withdraw money from my Bank Account for the rest of my life just cause they  are my bank  as they have illegally  done so in my case.
.
I want you all to note also that an add on misleading, a one sided   note such as “notify us of any inaccuracies  within 30 days” on the bottom of any  Bank account statement or any written  notifications  is not legally binding , not a part of the contractual obligation, and has been rejected by the courts themselves  because it has not been priory, specially  mutually accepted, specifically signed upon by both  parties of  the contract.
.
Again  firstly I had never had received a monthly or an annually invoice, Bill, or the exact detail of their posted services,  charges to me as required by law even  for the last few years  and that was unacceptable    I was treated in ” accordance with the industry standards” and “the CRTC” as well  to which I replied that was not a legal court accepted method, and so far their clearly poor and  buck passing approach has been really unsatisfactory.
.
A contract also  is a legally binding fully mutually agreed upon exchange of promises or agreement between competent two parties, persons of legal age to , that the governmental court, the law of the state or province , or country next will enforce. Contract law is based on the Latin phrase pacta sunt servanda (pacts must be kept).   The bottom line is that  the parties generally come to transactions in good faith, mutually trust and full understanding, and not a one way approach, one way demands, one way relationship. A valid contract always requires the mutual parties’ full consent, understandings  which clearly has not been the case.. Consent isn’t mutual unless the parties agree on the same thing in the same sense, a clear “meeting of the minds.Look the big Corporations have their massive, lop sided one sided contracts and they are still immoral.. Corporations or not.. Contracts have two parties who have equal say and right, agreement too.. One party now  presenting only their own  their terms, conditions, without the other parties approval, full understanding, full  consent, free will   clearly is still not a valid contract.
.

A Federal legislation will end fees for getting monthly bills on paper:

The federal government will introduce legislation to end what is called pay-to-pay, that is charging people for a monthly bill on paper. The telecom firms met under the auspices of the Canadian Radio-television and Telecommunication Commission on Thursday and agreed to exempt some people, including seniors, the disabled, military vets and people without Internet access. The CRTC said it wasn’t enough. The minister says Canadians expect lower prices and better service from the telecoms. The Public Interest Advocacy Centre has estimated consumers pay $734 million every year in fees to get bills on paper.“We do not believe that Canadians should pay more to receive a paper copy of their telephone or wireless bill,” Moore said. Porking the barrel with extra costs is an immoral business practice. They have a bad motivation for  to keep the extra fees in place for as long as possible. The cost of invoicing a client is a normal business cost.