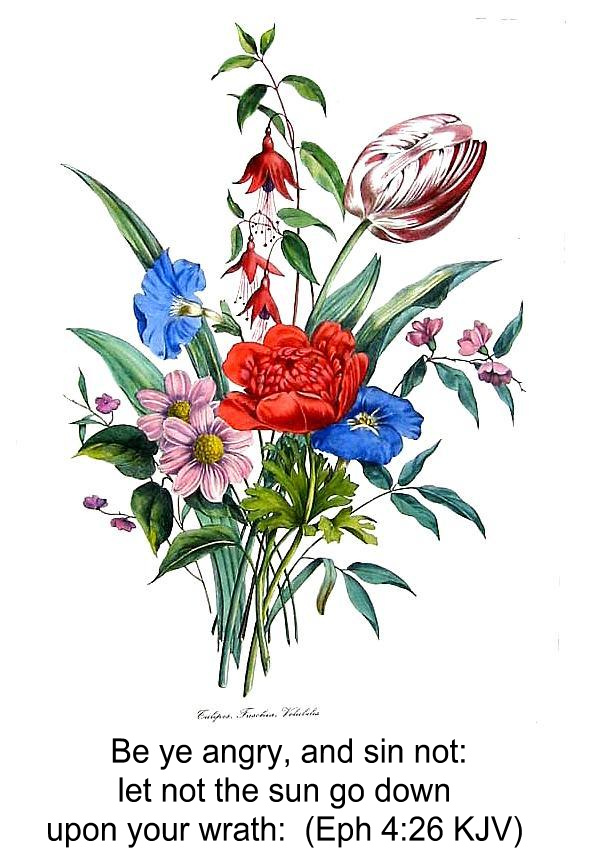 “Rejoice in the Lord always. I will say it again: Rejoice!” (Philippians 4:4 NIV)  “The Lord your God is with you, he is mighty to save. He will take great delight in you, he will quiet you with his love, he will rejoice over you with singing” (Zephaniah 3:17 NIV).   “Peace I leave with you; My peace I give to you. I do not give to you as the world gives. Do not let your hearts be troubled and do not be afraid” (John 14:27 NIV).  “Be ye angry and sin Not .  Let not the sun go down on your wrath”.
If you’re an evangelical  Christian you may have been falsely  told that you should never show personal emotions or  get angry, stay cool and you just need to have more faith. Some people do falsely preach that the flesh is sinful and thus all related emotions are sinful, any expressions of pleasures, joy now as well. They forget that God has redeemed us, Body, soul and spirit, our flesh and if we walk in the Holy Spirit  we can also manifest joy, happiness or anger  too now. Many Prophets got angry at unacceptable sins of others. Jesus included.

Too many People tend to too easily go to extreme with anger, rage and too easily.. but sometimes doing nothing can be just as personally devasting, harmful.. excess and imbalance are also wrong.. Getting angry at others too often still neglects one’s own faults too.

By our falsely burying emotions such as  anger and not acknowledging it, we may prevent ourselves from moving on. “We also often discover that anger is first and foremost a demand for needed change.” We can express our personal anger but we must keep it also under control and not  let it go to excess .

Personal Anger manifestations can also part of the fight/flight brain response to the perceived threat of  one’s potential personal pain or harm like when you know you are being lied to by someone.. I often rightfully do still get angry at the crooked persons too. I am no ostrich to life’s realities.

Yes, Anger is also often associated next with unresolved  personal stress and tensions, even personal betrayal, and anger is one of the natural emotions a person has. A well-known doctor in Switzerland, Elizabeth Kubler-Ross, wrote a book that has changed perspective on how many people deal with grief for any kind of major personal loss. This book, called “On Death and Dying,” shows how she recognized a cycle of emotional stages that now is commonly referred to as the cycle of grief. Anger is the third stage of the cycle, following the stage of shock and denial. The last stage is acceptance of the grief. The stages of the grief process differ for each person and how much time is spent there.  I have often encountered elderly persons in hospitals who had experienced a major grief or some loss, had dealt with something that caused them to be really angry too. Too much  unresolved  anger is not so good to one’s health.

Anger Sickness is generally also associated with unforgiveness, revenge. There definitely have been studies that show that if a person is very hostile or angry for any extended periods of time it can cause various severe personal  health problems.  Chronic anger may weaken the immune system and can cause other health problems, by making a person start bad habits like smoking and drinking. If you keep your anger inside it causes your blood pressure to spike and can even cause long term health problems. Repressed anger might cause unconscious teeth grinding during the day or while the person is asleep. Grinding your teeth can wear down the enamel of your teeth and lead to more serious dental problems. Migraine headaches can occur with the increase of stress that constricts the blood vessels in the brain. Shortness of breath, Stomach pain or diarrhea can be caused by anger. There are other symptoms that anger can cause on the body, such as skin rashes, circulatory problems and even arthritis. It is best to manage your anger by relaxing, taking deep breathes, or even doing breathing exercisescan help calm you down. Anger is a normal emotion that happens in our daily lives.

Anger can often be caused by a reaction to someone else’s wrongs,  anger and frustration. Yes, anger can be a bad  disease, and the remedy lies is controlling  the anger before  it overpowers you!  I  often encounter people who should firstly get good pastoral care, counseling over going first to the Doctor too.  If you are angry, acknowledge that these feelings exist. Then find out why you re angry and try to resolve it !

– “For man’s anger does not bring about the righteous life that God desires” (James)
see also http://hubpages.com/hub/Illness-and-Anger-Emotions-of-Chronic-Illness

One of the hospital drugs in shortage today is even morphine.. Do you think when you are hospitalized with very severe pain that you next will continually get adequate pain killers? if you answered yes you are undeniably now very wrong.. and not even if you are dying of cancer..
http://thenonconformer.wordpress.com/2011/09/27/inadequate-pain-medication-in-hospitals-etc/

The pretentious hospital chaplains.. While visiting my father in the hospital In one week I next  saw three fly by church Priests come to visits the sick patients in the hospitals, and they  spend a minute or two with them,  and they really, basically did not much good to any of the patients they had visited. One of these clearly visibly useless  priests visiting a sick patient did not even recognize another member of his own congregation in the same room, and of course he did not even know his name. How the church has become an impersonalized show, merely a financial business it seems today.    Now the Doctors are still often asked to cure sick person  patients symptoms  whose original cause they are basically unaware off. A decent, good, chaplain can maybe help in this matter by first even  taking the time to know, listen, hear the patient’s original concerns.

A very elderly patient  arrived in the Hospital emergency, his first visit to a hospital as well, he now could not walk on one leg cause of the extremely severe pain and so he was hospitalized. While in the hospital he next was visited by 5 different doctors and he now was even given separately 5 different diagnostics as to  what he may have. This is common I have experienced  the same thing myself before too. Doctors tend to relate mainly to heir own experience,  expertise it seems mostly still and  so basically no doctor had told him what they would do next, they decided safely  they would let time and more reviews take it’s course. This all had seemed to have escalated the patient’s pains and concerns.  Next the same patient now developed severe constipation, headaches, even more pain ,dehydration, severe leg cramps  from now lying in a bed all of the week.  I next had listened and talked to the patient for a few days,  and I told him I could see he was also in  stress, personal anxiety.  The patient  next  had admitted that he was in stress when he had been first unable to walk, because at Christmas time unexpectedly his wife was sent to an convalescent home as she had developed the irreversible Alzheimer disease, and now he had next never been alone and  he never had cooked for himself before this. Now he also as a RESULT OF HIS LEG  PAIN he faced himself an uncertain future, possible operation, and transfer to an old age home or convalescent home. After much listening I told him he had now firstly had likely hurt, strained  his back, due to his wife’s unbeneficial stress, which in turn now now affected his leg.  I FIRST HAD SUGGESTED HE TALK WITH HIS DOCTOR AND GET A BACK PAIN MUSCLE RELAXANT TOO  but NEXT  naturally he refused to believe me. I ALSO NEXT HAD suggested he try out a chiropractor  but  he never had gone to one before. I told him the medical doctors approach would achieve the same results but IT would likely take much longer time using pills. But now even none of the hospital pain killers were now even  helping him at all including morphine because the root causes are not being addressed. Few doctors or nurses will tell a patient directly that t  his sickness is in his own  head, or his own doing now too.  The patient  next called his son  by phone, and his son next had agreed to take him in, after he was released from the hospital. His son next also had agreed with me,  that  the father should next go to a chiropractor doctor, that his problem was likely escalated by the unexpected stress he found himself in.
– “Wise men turn away anger” (Proverbs)
– “A fool gives full vent to his anger, but a wise man keeps himself under control” (Proverbs 29:11).
This reminds some really bad, manipulative persons too easily get angry when things do not go their way, when they cannot get others to do what they wants, cops and bad spouses, in-laws, outlaws  especially.
It is always still important that you find a safe and effective way to release anger to release the tension one is feeling of built up anger inside. Mediation on God and the Bible  is a good way.  You should also seek out professional help that can teach you how to understand why you feel that way, and give you steps to see and understand the causes of your anger.
https://postedat.wordpress.com/2010/06/09/the-workers-who-complain-that-many-errors-are-caused-by-the-work-overload/
http://thenonconformer.wordpress.com/2009/09/04/cure-for-stress-high-blood-pressure-heart-attack/
Now if you are a true Christian serving the Lord you can still expect for God to do for you what the doctors cannot, I do and I have many times experienced great postive  changes next.
https://postedat.wordpress.com/2010/01/31/getting-ahead/
https://postedat.wordpress.com/2010/05/17/abused-how-much-abuse-is-acceptable-none/