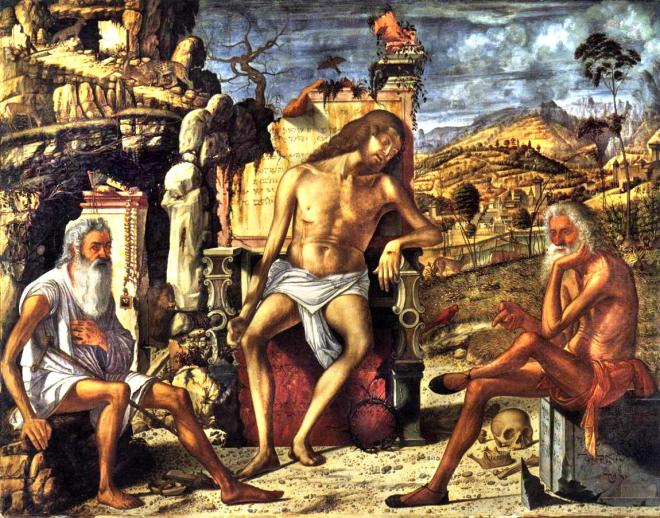 The unrepentant sins of any person, nation  still even today has next God’s negative corrections.. for   God is not to be scoffed at. Galatians 6:7 Do not be deceived, God is not mocked; for  whatever a man sows, that he will also reap.

(Rom 5:8 KJV)  But God commendeth his love toward us, in that, while we were yet sinners, Christ died for us.
(Rom 5:19 KJV)  For as by one man’s disobedience many were made sinners, so by the obedience of one shall many be made righteous.
(James 4:8 KJV)  Draw nigh to God, and he will draw nigh to you. Cleanse your hands, ye sinners; and purify your hearts, ye double minded.
(Eccl 7:16 KJV)  Be not righteous over much; neither make thyself over wise: why shouldest thou destroy thyself?
(Eccl 7:17 KJV)  Be not over much wicked, neither be thou foolish: why shouldest thou die before thy time?
(Luke 12:3 KJV)  Therefore whatsoever ye have spoken in darkness shall be heard in the light; and that which ye have spoken in the ear in closets shall be proclaimed upon the housetops.
(Mat 10:27 KJV)  What I tell you in darkness, that speak ye in light: and what ye hear in the ear, that preach ye upon the housetops. 28  And fear not them which kill the body, but are not able to kill the soul: but rather fear him which is able to destroy both soul and body in hell.
(Mat 18:1 KJV)  At the same time came the disciples unto Jesus, saying, Who is the greatest in the kingdom of heaven? 2  And Jesus called a little child unto him, and set him in the midst of them, 3  And said, Verily I say unto you, Except ye be converted, and become as little children, ye shall not enter into the kingdom of heaven. 4  Whosoever therefore shall humble himself as this little child, the same is greatest in the kingdom of heaven. 5  And whoso shall receive one such little child in my name receiveth me. 6  But whoso shall offend one of these little ones which believe in me, it were better for him that a millstone were hanged about his neck, and that he were drowned in the depth of the sea. 7  Woe unto the world because of offences! for it must needs be that offences come; but woe to that man by whom the offence cometh! 8  Wherefore if thy hand or thy foot offend thee, cut them off, and cast them from thee: it is better for thee to enter into life halt or maimed, rather than having two hands or two feet to be cast into everlasting fire. 9  And if thine eye offend thee, pluck it out, and cast it from thee: it is better for thee to enter into life with one eye, rather than having two eyes to be cast into hell fire. 10  Take heed that ye despise not one of these little ones; for I say unto you, That in heaven their angels do always behold the face of my Father which is in heaven. 11  For the Son of man is come to save that which was lost.
(Mat 23:11 KJV)  But he that is greatest among you shall be your servant.  (Mat 23:12 KJV)  And whosoever shall exalt himself shall be abased; and he that shall humble himself shall be exalted.
(Luke 11:49 KJV)  Therefore also said the wisdom of God, I will send them prophets and apostles, and some of them they shall slay and persecute:
We all do even  need to seriously know, differentiate between how God now deals with the wicked, those persons deliberately disobedient to him, he God does not go along with them for sure .. God’s grace of forgiveness even does not extend to everyone..
and next the righteous those people who put their trust in him.. God is merciful, kind to them, but not all professing Christians now are righteous for sure as well.
Bad people try to do many things.. if others let them do it as well..
Bad pastors, bad elders continue to exist  cause likely the congregation is bad too.  (Jer 5:31 KJV)  The prophets prophesy falsely, and the priests bear rule by their means; and my people love to have it so: and what will ye do in the end thereof?
http://anyonecare.wordpress.com/2008/10/30/do-ye-not-judge/
http://pbulow.tripod.com/concerned.html

2 thoughts on “Reality sets in”