Wrongful inactions, Cover ups, False denial of bad politicians, bad cops, bad persons, false pastors, false priests are much too common but nevertheless they do get exposed, revealed to all as to what they are often now like  too, and get what they deserve, and not the first or last time.

Public exposure and prosecution of the guilty still serves as a rightful deterrent example to all and is still one of the best approaches on how to deal with the evil persons. Even the Bible records openly the unrepentant sins of many persons and their real  negative consequences. Too many of the preachers are unacceptably also guilty of preaching “Do what I say and not what I do still too”.

(Hosea 10:2 KJV)  Their heart is divided; now shall they be found faulty: he shall break down their altars, he shall spoil their images.
Canada -Tory MP who led anti-drug campaign charged with cocaine possession   The former chairman of the Conservative caucus who was featured in anti-drug campaign ads is facing charges of cocaine possession and drunk driving. Prime Minister Stephen Harper named Jaffer chairman of the Conservative caucus shortly after the 2006 general election. Jaffer, 37, was MP for the riding of Edmonton-Strathcona from 1997 until a surprise defeat in last year’s election to the NDP’s Linda Duncan. Jaffer recently worked for Green Power Generation Corporation, which helps bring alternative energy technologies to market.“ The Conservative party supports drug-free schools and getting tough on drug dealers who sell illegal drugs to children. Don’t let our schools go up in smoke.” perverse Rahim Jaffer This  Former Edmonton Conservative MP Rahim Jaffer is facing charges of drunk driving and cocaine possession. Jaffer, husband of Tory MP Helena Geurgis, was arrested just after midnight last Thursday night by Ontario Provincial Police in Palgrave, north of Toronto. He has been charged with driving while over the legal blood-alcohol limit, and with possession of cocaine. His licence has been suspended for 90 days and he is to appear in court in Orangeville, Ont., on Oct. 19.  Hey I have already many times written that Alcohol is also a big part of many a Conservative politicians life, and I  wanted to know how many of them now were alcoholics too.. http://thenonconformer.wordpress.com/2009/09/02/drink-alcohol-and-die/

VANCOUVER — A $5 million legal bill for defending a religious order against charges of sexual abuse has landed a B.C. senator in hot water. Sen. Mobina Jaffer, a Liberal appointment to Canada’s upper chamber, must undergo a conduct review, the Law Society of B.C. announced Tuesday. The Order of the Oblates of Mary Immaculate sued Jaffer, her son Azool Jaffer-Jeraj and their firm, accusing them of overbilling the order for legal work done from 2000 to 2004. The lawsuit was settled before it went to trial.  Now the case will proceed to a conduct review. “Undergoing a conduct review is a serious matter for any lawyer,” said Stuart Cameron, the society’s director of discipline.   Ms. Mobina Jaffer was appointed as a Senator to represent British Columbia in June of 2001.  Having been born in Uganda, and trained in law in Britain she had a  career as a lawyer and was active on many legal and charitable foundations, as well as being involved in local politics.  She was the first Muslim ever appointed to the Senate and the first African-born as well. Ms. Jaffer is the deputy chair of the Senate Committee for Human Rights and also sits on the Committees for Official Languages, Internal Economy, Budgets and Administration and the joint committee for the Library of Parliament. Anyone checked her Senate expense accounts yet too? http://thenonconformer.wordpress.com/2009/09/16/one-of-harpers-boys-in-trouble/

PQ calls for tougher ethics rules. Parti Québécois Leader Pauline Marois says David Whissell should also step down as a member of the national assembly. So yeah, Ms. Marois, about your mansion on Ile Bizard… One day after Quebec’s labour minister resigned from cabinet over his controversial stake in an asphalting firm,  http://www.cbc.ca/canada/montreal/story/2009/09/10/pq-ethics-whissell.html

Do what I say over do what I do is part of the hypocrisy now existing too often too at all levels, federal, provincial, municipal and not just in many preacher’s lives now as well..
https://postedat.wordpress.com/2009/08/31/get-real-now/
MEANWHILE  Taiwan ex-leader jailed for life BBC News  Taiwan’s former President Chen Shui-bian has been sentenced to life in prison after being found guilty of corruption by a court in Taipei. Mr Chen was charged with embezzlement, taking bribes and money laundering, involving a total of $15m (£9m) while in office from 2000-2008. His wife, Wu Shu-chen, already jailed for perjury in the case, was also sentenced to life for corruption.  The two were accused of embezzling $3.15m (£1.9m) from a special presidential fund and laundering it through Swiss banks.  They were also accused of accepting at least $9m in bribes from a Taiwanese company to help it sell a piece of land to the government and of accepting nearly $3m more in kickbacks for helping a contractor gain a government project.  Mrs Wu had been sentenced on 2 September to one year in prison for perjury for asking her children to lie in court. Nine other accused, including Mr Chen’s son and daughter-in-law, have pleaded guilty to some charges related to the case.
A Peruvian court has sentenced former President Alberto Fujimori to six years in prison after he pleaded guilty to authorizing wiretaps and bribes to politicians, journalists and businessmen. “   No such thing as justice in Canada– at least, not as far as our politicians are concerned.  ”   http://www.cbc.ca/world/story/2009/09/30/peru-fujimori-bribe-wiretap-sentence.html
One of the highest ranking Taliban officials in Pakistan has been arrested with four other militants in the country’s north-west, officials say. http://news.bbc.co.uk/2/hi/south_asia/8249869.stm

Sep 10, 6:12 AM CP  HALIFAX, N.S. – A judge in Nova Scotia will begin hearing arguments today on whether to certify a class-action suit against the Roman Catholic church over the alleged sexual abuse of children by its priests.  John MacKiggan, a lawyer representing the claimants, says he will present arguments to a Supreme Court justice over the alleged decades-old abuse in the diocese of Antigonish.    The lawsuit was launched last year by Ronald Martin, whose brother wrote a suicide note in 2002 that led to charges of sex crimes against a priest from the diocese. In the suit, Martin claimed the diocese failed to protect children in its care when it became aware of the alleged abuse. The church reached a proposed settlement with the plaintiffs last month, but it has to be certified by the court. The judge also has to approve the proposed settlement of more than $13 million, which would be available to people who were allegedly sexually assaulted by any priest of the Catholic Episcopal Corp. of Antigonish since Jan. 1, 1950. http://ca.news.yahoo.com/s/capress/090910/national/ns_diocese_lawsuit

Former N.S. bishop charged with possession of child porn.  Raymond Lahey, the former bishop of the diocese of Antigonish, is known as the man who oversaw a $15-million settlement with people who said they had been sexually abused by priests in the diocese dating back to 1950. He was arrested at the Ottawa Airport last week after members of the Canada Border Services Agency performed a random check of his laptop computer. Lahey has been charged with distributing and selling child pornography.  On Saturday, Lahey, 69, announced his resignation as bishop of the Antigonish diocese. In a letter to parishioners, he said he needed time for “personal renewal.” http://www.cbc.ca/canada/nova-scotia/story/2009/09/30/ns-bishop-charged.html 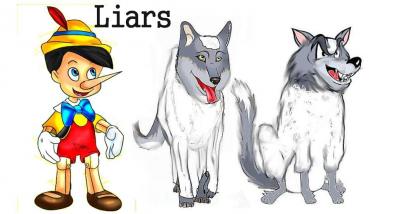 The politicians now are not the only ones who lie a lot..

Too many people even lie about their wedding wovs 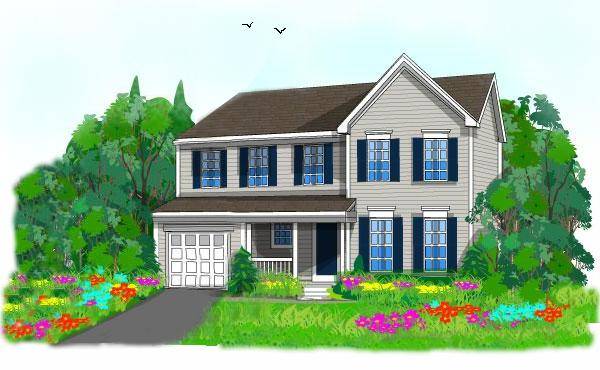 Calgary housing affordability improves, but may not last: report Calgary Herald –  CALGARY – Housing market fundamentals have greatly improved in recent months in Calgary and this is helping activity climb out of its deep hole, says a report released today by RBC …

CBC.ca – Calgary CTV – CTV British Columbia – Saskatoonhomepage.ca
Real Estate is STILL FOUR things, Cyclical,  Seasonal, Emotional, misleading
Why is there this sudden need to prophesy an end to the recession and to project a present  Real Estate recovery Canada wide? is it basically due to the fact the Real Estate sales, Home Construction and the  related  DEMAND FOR LOANS actually now slows down almost almost to NIL during the FALL AND WINTER months?
Is this a Conservative federal re- election spin? Lie?
Rather it seems
https://postedat.wordpress.com/2009/09/08/liars-abound-still/