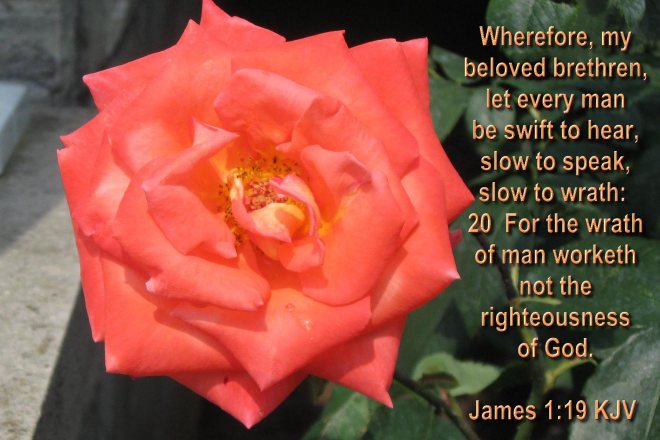 “2 Thes.3:10: For even when we were with you, this we commanded you, that if any would not work, neither should he eat.

This scripture, like others, should not be isolated from its context and used to browbeat those under severe financial trial and living in humiliating circumstances.  This scripture passage is directed specially toward people who habitually goof off and flit about from house to house spreading idle gossip instead of leading productive, useful lives. In times past I’ve known of people who acted this way, both believers and unbelievers.  These busybodies probably kept track of when dinner would be served at each house and just “dropped by” as the family sat down to eat.  People can save a lot on their grocery bills by doing this! Many Christians are soft touches who don’t have the heart to turn away uninvited dinner guests who pop in for dinner every day. This would open that Christian up to a charge of being unloving and selfish, even if the permanent dinner guest is OBVIOUSLY taking advantage of the kindness of their Christian neighbors on a regular basis.”  Work or STARVE! http://banpreachergreed.tripod.com/id89.html

Preston Manning do note this also that a false Pride comes before a great fall.. I also do have direct experience with the money hungry, cold hearted right winged, evangelical, rednecks too in Alberta who had coveted to be rich, despised, neglected all the poor people, boasted they were the best, most prosperous province in Canada, the province of Alberta and now they are one of the provinces that has faced the word recession  in Canada because the price of oil and gas has dropped the main source of government, business revenue in the province now too.. the false love of money the root of all evil

In their false pride they have done many stupid things in Alberta, the leaders now as well.. they despised the poor people, they abuse the ordinary citizens too.. they lied, slandered others… so it should come as no surprise they too are now reaping what they sow.. facing an unexpected big recession.. many still lie as to how long this recession will last too.. http://thenonconformer.wordpress.com/2009/02/20/pride-comes-before-a-fall-in-alberta-too/

Alberta and it’s rich history  History as usual repeats itself even in Alberta. Predicable, cyclic Bust takes still Alberta by surprise today ? ” There’s a tiny park in downtown Calgary that is a stark reminder of everything that went wrong in Alberta after the boom of the 1980s and seems to be happening all over again. The park is right next to the Bank of Montreal’s 41-storey office tower. It was supposed to be the site of a second tower that was cancelled when the bank realized the boom was over and it wouldn’t need all those offices in Western Canada after all. Twenty years later, the price of oil and gas has nosedived again and major projects are about to be cancelled or capped. Just last week, developers of what is slated to be the tallest building in Western Canada declared that they need $1.1 billion to keep the project going. There is already a square-block hole in the ground and a forest of girders and cranes on-site in the heart of downtown Calgary, but the future home of EnCana Corporation is desperately trying to arrange construction financing in a tight credit market. Building permits on five other large projects are set to expire because of inactivity. In some cases, the city has had to seal empty construction pits because the developers have pulled the plug. You would think that in a city, and a province, that has experienced more than a few booms and busts over the past 80 years some sort of common sense would have evolved about how to thrive over the long term in such an economy. But it seems both the private sector and the government are easily blinded by their wishful thinking: this boom will last forever and the money will keep rolling in, they keep telling themselves and everyone else. But it never does. So in the same week that the city’s largest construction project was revealed to be in trouble, the finance minister and the premier announced more bad news. The provincial treasury’s projected surplus for 2008-2009 dwindled from $8.5 billion to $2 billion because of declining oil and gas prices and will likely dwindle even further. Plans for new roads, schools and hospitals are now on hold. Premier Ed Stelmach also revealed that he is deferring a new royalty regime – which was have to added more than $1.4 billion a year to provincial coffers – because it’s simply the wrong time to increase taxes and risk a further slowdown of the petroleum industry. No doubt he wishes former premier Ralph Klein had increased royalties years ago when the industry was awash in profits. None of this would really matter if the provincial government had actually prepared for the bust during the boom by saving some of its billions of dollars in bounty. But it didn’t. Instead it spent billions on infrastructure when the cost of labour and materials was skyrocketing; at one point it issued $400 cheques to every man, woman and child in Alberta, a $1.4 billion giveaway; and it cut taxes or kept them low. Alberta still has The Heritage Savings Trust Fund established by former premier Peter Lougheed but it is only worth $15.8 billion. Norway, by contrast, has managed to squirrel away $350 billion since 1991. Stephen Harper’s Conservatives have also managed to whittle away billion dollar surpluses. Perhaps they also thought the boom would last forever. Or perhaps all those Alberta Conservatives simply forgot about the famous bumper sticker from the 1980s that read: “Please God, let there be another oil boom. I promise not to piss it away this time.” ” http://www.thestar.com/comment/article/541627

THE HIGH COST OF LIVING STILL MAKES ALBERTA  AN UNDESIRABLE PLACE TO GO TO ANYWAY   There are only 2  major towns in Alberta, Edmonton and Calgary, and that’s it, but plenty of bad cops too, basically these insignifcant cities  are the sole oasis in a large wilderness or mostly vacant land.. …. there are  not many small towns next in Alberta or an overall big population as well. These Major cities still  are support service towns, meaning mostly made up of homes, schools, hospitals, food stores, a few office buildings, oil and gas  corporate headquarters, and very little direct manufacturing. Watch out the cops, judges there,  tend to be mean and nasty, parking and traffic ticket quota oriented, enforcing the letter of the law over the spirit of the law. Sadly some of the news media  still propagates the lie that Alberta is a place of  plenty of good  paying jobs, and  high salaries. Now it is understandable that business persons and politicians lie a lot already but these  distorted facts about the true nature of Alberta are made to  encourage their much needed capital investors to a province that lacks investors, for that matter it even still lacks any manufacturing industry especially since the cost of labor is too high, the cost of electricity is too high, there is a lack of skilled persons to hire, and the basic cost of living is much too high, the costs, homes, apartments unaffordable for many new comers as well.  Most of Alberta is farms and very costly single family dwellings, for  there are few apartments built, never mind  even available, and the present consumer prices, cost of living, hidden taxes too are ridiculous. Their support services now are not that great not even their hotels, restaurants, hospitals, school sand the insurance, and the dentist costs are outrageous too.There is no real consumer protection in Alberta, nor rental control basically in Alberta where  the Landlord can jack up prices any time and as high as he wants. The population of Alberta is too low to support any major sales, marketing programs to the consumers , and most of the people have very big home mortgages so their goods purchase power is low.. most people are not friendly, the mostly bad churches now included,  they are grumpy rather too.THE ALBERTA NEWS MEDIA AND THE GOVERNMENTS OF ALBERTA DO NOT LIKE TO DISCLOSE THE REALITY OF THE MANY HIDDEN TAXES, HIDDEN EXTRA COSTS  IN ALBERTA. Yes you do not pay any provincial taxes there.. but that is where the economic benefit of living there stops.. the costs of land, homes, apartments, food, ELECTRICITY, maintenance, services, education etc., are much higher than in Quebec for a start but the  average salaries in Alberta generally are not any significantly higher,  OR ADEQUATE TO PAY THE EXTRA COSTS..

Alberta Today, Beware always of the much too many   men and women, liars, bullies, tormentors, control freaks,  persons, civil and public servants,  politicians, pastors, leaders, elders, who falsely do, will try to enslave you, oppress you, exploit you even while they claim they are proclaiming the truth, democracy, trying to help you, etc.,

Is 51:23 ..your tormentors {and} oppressors, those who said to you, Bow down, that we may ride {or} tread over you; and you have made your back like the ground and like the street for them to pass over.

ACCORDING TO STATISTICS CANADA LATEST’S ALBERTA UNEMPLOYMENT RATE   6 % SINCE THESE ARE ADJUSTED FIGURES YOU CAN BE SURE IT IS A LOT HIGHER.  LIKELY 40 PERCENTHEY I ONCE HAD WRITTEN A LONG TIME AGO THAT THE TOO OFTEN SELF CENTERED, PROUD PEOPLE OF ALBERTA DO REALLY NEED TO STOP BASHING THE POOR PEOPLE, AND THOSE ON SOCIAL AID, FOR A DAY WILL COME THAT THEY TOO WILL BE NEEDING SOCIAL AID AND THAT DAY HAS COME.. USAGE OF THE ALBERTA FOOD BANK IS UP 20 PERCENT ALONE.

How sad, the once mighty and proud Albertans how fallen… https://postedat.wordpress.com/2008/06/27/how-many-rich-people-in-calgary-edmonton-alberta/

One of the too many false reasons too many patients die in Hospitals is that almost none of the medical staff feel any personal, real, negative repercussions themselves.  That also includes the too many bad cops we seem to have now too, and bad civil and public servants too, bad politicians..
One of the best way that I have discovered to get to know what a  person is really like, is work with him  just for one whole day,.. and   what   you now saw next.. lying, bullying, control freak..
PM Stephen Harper’s province…

One thought on “if any in Alberta would not work, neither should he eat.”