One of the too many false reasons too many patients die in Hospitals is that almost none of the medical staff feel any personal, real, negative repercussions themselves.  That also includes the too many bad cops we seem to have now too, and bad civil and public servants too, bad politicians.. Albertan solicitor general attempts to quash the citizens democratic rights to complain.
One of the best way that I have discovered to get to know what a  person is really like, is work with him  just for one whole day,.. and   what   you now saw next.. lying, bullying, control freak..

The Police really cannot get the crimminals so they go after the car speeders instead..  http://thenonconformer.wordpress.com/2009/08/19/more-hidden-cash-grabs-higher-taxes/

It is here a gross distortion by the revenue generating  traffic police to say that all the fatalities, accidents were caused by speeding alone, but yes it is true if no one was driving there would be no car accidents too, and no need for the police at all.. 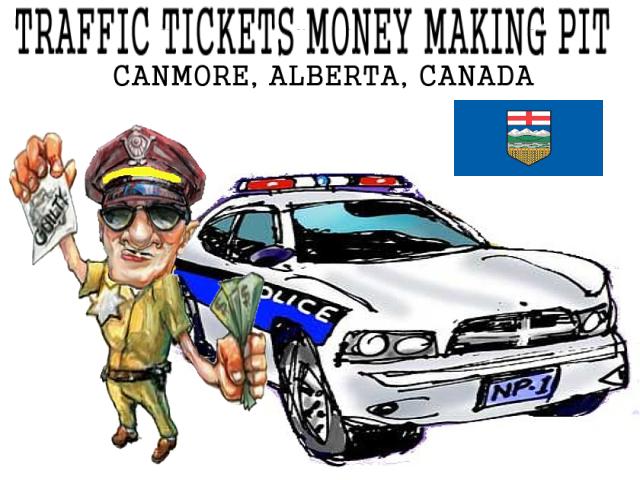 Deerfoot blitz catches speeders  Calgary Herald January 27, 2009 Calgary police are warning motorists to slow down on Deerfoot Trail after handing out nearly 200 traffic tickets during a weekend crackdown on the freeway. The fastest speeder was clocked at 158 km/h and several were stopped doing 130-140 km/h. Two 24-hour licence suspensions were handed out, both before 10 a.m. Police say the drivers were likely still intoxicated from the night before. “I expected the numbers to be high, but 195 summonses by four officers is a lot,” said Sgt. Paul Sieracki with the traffic section. Sieracki said he oversaw the blitz with the four traffic officers.They spent about six hours each day enforcing traffic laws on Deerfoot Saturday and Sunday.
The point was to highlight dangerous driving habits. “Every year, we lose 50 to 60 people due to motor vehicle collisions (throughout the city),” said Sieracki. “These are need-less deaths that can be prevented.” Traffic officers also saw several instances of aggressive driving and changing lanes without signalling. “It doesn’t surprise me at all police were able to charge that many people,”said Ald. Andre Chabot. “Deerfoot has been referred to as the Deerfoot 500 for a reason, a lot of people tend to speed on it.” A safety audit conducted on Deerfoot by the province with the co-operation of the city came up with a recommendation to dedicate a squad of officers — possibly a combination of city police and Alberta traffic sheriffs–to enforce the traffic laws on the busy highway… http://www.canada.com/news/Deerfoot+blitz+catches+speeders/1222299/story.html

and you allow to have to drink alcohol, allow him to own  a   fast car,  build  a six lane highway, and then you hypocrticaly give him  also a speeding ticket?

The Ontario Provincial Police has impounded one of its own cars and suspended an officer under the province’s year-old street racing legislation.  The OPP intelligence officer, driving an unmarked OPP car, was stopped by a fellow officer on Highway 403 near Brantford for travelling 65 km/h above the posted 100 km/h limit, according to the OPP. The subsequent investigation found the officer was not within the lawful execution of her duties at the time.  In accordance with so-called street racing rules under the Highway Traffic Act – defined as driving 50 km/h over the limit – Detective Const. Heidi Fischer had her driver’s licence suspended and the police car was impounded, both for seven days.  This is the third OPP vehicle impounded under the legislation. A fire truck has also been impounded. http://www.canada.com/news/Police+impounded+after+female+officer+allegedly+clocked/1277638/story.html

This news item substantiates something I have said for decades, police often love to speed, and secondly they also do own some of the hottest, fastest cars as well.. but here I have to say as well that speeding is only 15 percent of the reasons people have car accidents, whereas drunk drivers cause 3 times as much car accidents, 45 percent of accidents , and yet the police do not go after drunk drivers enough  or all the year rather too.. and why is that too now?

Also when William Elliott was appointed RCMP commissioner in 2007, the challenges ahead were monumental.   It fell to Elliott, a career civil servant, to rebuild the tattered remains of our once-proud national police force, and restore public trust in an institution that had badly fallen into disrepute. The 24,000-member force was “horribly broken,” according to an independent review at the time.

Less than two years later, the force is even worse off, and Elliott has failed to deliver. He needs to step aside –or be fired–so someone more effective and trustworthy can again try to restore accountability, transparency and integrity to our damaged Mounties.

Elliott has proven he’s as much out of touch as was his predecessor, Giuliano Zaccardelli. Canadians are rightly outraged by the persistent culture of arrogance, overzealous policing and coverups that have for too long been the norm.

-An independent body of civilians is needed to investigate homicides involving police. It’s obvious that police investigating themselves isn’t working. There have been too many coverups, and the public has lost trust.

-A new commissioner is needed. Elliott has to go. He has lost credibility and can no longer lead this troubled organization back to health.

The iconic tradition of Canada’s Mounties dates back to May 23, 1873. The red serge of their uniforms has come to represent honour, order and a proud past. But red is also the colour of shame. Without drastic change, that will be the sad legacy of this once meaningful organization.

http://www.calgaryherald.com/Broken+RCMP+needs+overhaul/1439030/story.html
I agree, but I think it more likely needs to be totally disbanded, for  it is broken beyond repair.