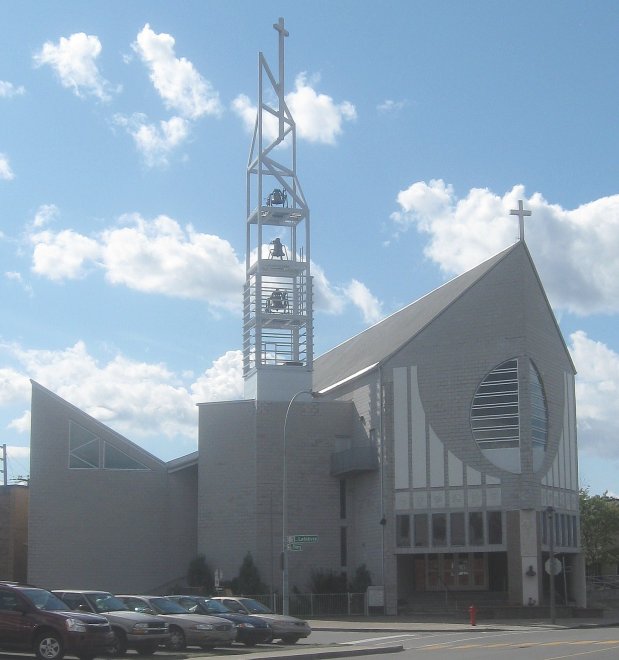 Verses of Scripture which gripped my soul.

Ps.34:5.“They looked unto him, and were lightened: and their faces were not ashamed”.

I remember at the age of ten I used to repeat this verse so many times to myself as God’s promise to me!  It stayed on with me ever since.

At the age of eighteen I was in the second year of my Bible college.  I was beginning to read and understand English then.  Living Letters (Epistles of the Living Bible) came out those days and I grabbed it like hot cake. The simple language and bold print attracted me to it.  I remember reading it again and again.   But one of the verses which gripped my soul was a part of l Thes. 4:12. “This should be your ambition to live a quiet life minding your own business”.  From then I never poked my nose into the life or business of some one else.  I truly thank the Lord for giving me this insight very early in my life.

Lk. 16:15  “for that which is highly esteemed among men is abomination in the sight of God.”

After completing the phonemic analysis and writing basic grammar for Kurumba  language I met a professor form Tamil University and discussed the possibility of registering for a Ph.D. program.  It was easily possible with a little more effort and final write up.  Next time when I went to Chennai I met the professor and bought an application form for the same.  The following day for meditation was this verse of scripture.  I learnt that God has a different standard from that of men.  I decided I would never look for a high estimation among men.  I just dropped that application form and never used it!

The truth of scripture which transformed my life

I read several books on prayer.  Dick Eastman’s “No Easy Road”  and  “The Hour That Changes the World” are the two books which put me on  the proper track.  One of the greatest truths I learnt from this author is:  “What prayer means to God, criticism means to the Devil”.  I studied the concept further.  We know Our Lord intercedes for us while the devil accuses us before the Father.  They generate opposite forces and they work one against the other.   I learnt that when I intercede I help that Lord in His ministry; but when I accuse or criticize I help the devil and his ministry.  When I intercede I do the Lord’s work.  When I accuse some one I do the devil’s work.

I decided that I would never accuse a person for whom Christ intercedes.  I began to see my prayers being answered as never before!  Many of us pray.  But if we entertain a critical spirit our prayer can never reach God.  How can the Lord help someone who helps the devil?   If any one wants to have a powerful prayer life, such a person should never accuse anyone even in prayer! (Read more about this in my book on prayer, the chapter titled ‘Opposite Force of Prayer’)

Some persons wrongly try to advocate that Pentecostalism is a modern day religion that now is found solely in the United States originally whereas others do rightfully maintain rather it  is a revived New Testament form of Biblical Christianity. It is now a major world wide Charismatic branch of Christianity
There are various brands of Pentecostalism today but they all mostly tend to believe in similar aspects of their version of Christianity but not all. There is clearly one  false sect in this grouping now too.
The nomination of Republican vice President Sarah Plain has certainly sparked  interest world wide into the Pentecostal religion, and now many persons world wide as well as in the Americas do seek, do want to know seriously what is difference basically  about this Christian religion from the other existing differing Christian religions.
The Christians now already  all supposedly believe in Jesus Christ as firstly being God, Jesus also being the promised Old testament Messiah as well, they the Christians they do all tend to believe in the existence also of the Holy Trinity too ,  where the personal Sprit of Christ, the Holy Spirit is also manifested as a separate personal entity who  carries  on the work of Jesus Christ ongoing in the genuine  Christian Believer’s personal life. It is estimated that only 30 percent of all Christian believers are genuine, actually practicing Christians  in the various Christian churches
And  all Christians tend to generally believe in the same Bible, the Old and New Testament  as being now the true revealed word of God to us all even about Jesus, the apostles, and the Christian church as well.
The Pentecostals tend to separately now believe that God speaks continually to each Christian  believer now as well personally, even outside of the Word of God, the Bible, by means of the Holy Spirit, and the Pentecostals tend to believe in the separate personal need of receiving the anointing, the Baptism of the  Holy spirit personally in one’s life , this now is clearly a separate experience from the experience of receiving one’s initial personal salvation, eternal life by faith in the innocent, sacrificial, shed blood of Jesus Christ.
The majority of the Pentecostals tend to believe in manifesting one of the the Charismatic gifts of the Holy spirit, often tongues , as evidence of now being personally baptized with the Holy spirit. .
They the Pentecostals do tend to  believe in the manifestations of the charismatic’s gifts of the Holy Spirit as being applicable today as well, whereas other Pentecostal limit it to solely speaking in tongues, and Pentecostals often do personally practice praying for personal, physical healing, even by the laying of hands on others, as well as the ministry of casting out demons out of individuals too.
Needless to say there are different versions by non Pentecostals about what a Pentecostal now are even, some lying and distorted too, depending on who you talk to as well.
The Pentecostals also do tend to believe in the local church being run by elders, apostles, prophets, bishops and not rather by a single one man ministry of a local Pastor.
Trinity, Tithing is mandatory in some Pentecostal churches and in other it is not.

The Holy Spirit of God is the Spirit of God, fully divine.” That means that in every way He is equal with God the Father and God the Son. He possesses their attributes and character. He is omnipresent, omniscient, omnipotent and holy. He is eternal, immutable, righteous, just and loving. And, as the third person of the Holy Trinity, He is a person. When Jesus speaks of the Holy Spirit, say in John 14:26 for example He uses the masculine personal pronoun when He says, “But the Counselor, the Holy Spirit – the Father will send Him in My name – will teach you all things and remind you of everything I have told you.”  The Holy Spirit is a unique person with the characteristics which define a person. Acts 5:3 tells us that it is possible to lie to Him and Acts 7:51 tells us it is possible to resist Him. And Acts 13:2 tells us that He speaks.

A very lively good church is led by the Holy Spirit and the  right, godly leaders.. and  in a very bad church   the shepherds are bad.. led mostly by the devil and self.  And believe me when I say most shepherds are bad still. Great demonic confusion surrounds thus the  Christian doctrine of the baptism of the Holy Spirit even among the Baptists, Evangelicals, Dispensationalists, even Jews  mainly because there are too many ignorant  fools who  try to teach, explain something they themselves have still have never personally experienced yet.

It would be one thing if Mormonism, Jehovah’s Witnesses, Unitarian Jews, and Oneness Pentecostals all had similar religions, practices, and beliefs. But they do not. Their religions, practices, and beliefs ALL WILDLY DIVERGE. THE ONLY THING THAT THEY HAVE IN COMMON IS THAT THEY ALL USE THE SAME ARGUMENTS TO DENY TRINITY AND USE THE SAME LANGUAGE TO DESCRIBE THOSE WHO BELIEVE IN IT.

The Assembly of God Pentecostals do support the Trinity doctrine  https://postedat.wordpress.com/2008/07/03/assemblies-of-god-pentecostals/

TD Jakes has a huge ministry and a wide influence, but much of what he teaches is very troubling. Some of what he teaches is even heretical. .a Oneness Doctrine.  Oneness Pentecostalism (aka Jesus Only) resurfaced around 1913 just after the Azusa Street Pentecostal revival. It is itself another revival of what has been called Sabellianism (after Sabellius excommunicated 220 AD) and Modalistic (modes; ways) Monarchianism (one king). I can tell you assuredly that TD Jakes believes there is one God. We do as well. However, he believes God is a single (cognizant ego) person who showed (manifested) himself, and/or acted in three different ways (modes or dimensions).

That the Son was the Creator clearly disproves firstly the Oneness position.  If the Son did not eternally exist with the Father as a distinct Person why is it that the “Son” can say, “Now, Father, glorify Me together with Yourself, with the glory which I had [eichon, or “shared”] with You before the  world  was” (emphasis added)?  How did the Son have (literally, actively possessed) glory with (para) the Father before time if the Son did not exist before Bethlehem?. John 1: 1  In the beginning was the Word, and the Word was with God, and the Word was God. 2    The same was in the beginning with God. 3    All things were made by him; and without him was not any thing made that was made. 4    In him was life; and the life was the light of men. 5    And the light shineth in darkness; and the darkness comprehended it not…  and this  all substantiates “the eternal pre-existence of the Son”.

The oldest available recorded Christian hymn, Hail, Gladdening Light!, which was being sung as early as 150 AD, is utterly Trinitarian! The church tradition generally holds that the Gospel of John and Revelation were the last books of the New Testament and that one or the other was written as late as 96 AD, as the beloved disciple apostle John lived an exceptionally long time. So this hymn was being sung than 60 years after the New Testament was completed and the apostle had John died. This doctrine was not an add on later.

Now are we come to the sun’s hour of rest;
the lights of evening round us shine,
we hymn the Father, Son and Holy Spirit divine.

Worthiest art thou at all times to be sung,
with undefiled tongue,
Son of our God, Giver of life, alone!
Therefore in all the world thy glories, Lord, they own.

God is God the Father, God the Son, and God the Holy Spirit — three Persons, one God. Tertullian (160-215 AD) explained, “We define that there are two, the Father and the Son, and three with the Holy Spirit, and this number is made by the pattern of salvation… They are three, not in dignity, but in degree, not in substance but in form, not in power but in kind. They are of one substance and power, because there is one God from whom these degrees, forms and kinds devolve in the name of Father, Son and Holy Spirit” (Adv. Prax. 23; PL 2.156-7

God does not need your money, he wants all of you rather.  Apostle Paul clearly made the decision to follow Jesus alone in all that he did, living by faith now too. Paul did not preach tithing at all.  Abraham was not a Jew so he did not tithe. The nation of Jews came at a later date and mandatory tithing only applied to Jews.